You are here: Home / By Age / Preschool / Race Track ABC Game
Share on TwitterShare on FacebookShare on PinterestShare on Email

I love when a simple learning activity inspires an afternoon of play. That’s exactly what happened with this race track ABC game. Not only did Tinker get to practice letter recognition and letter sounds, she also spent a lot of time engaging in pretend play. It was an afternoon well spent!

One day after school I grabbed some sticky notes and a marker. After writing the lowercase letters of the alphabet on the notes I placed them in order on the floor leading up to a homemade finish line made out of Lego Duplo. At the beginning of the race track I placed various toy cars and monster trucks for her to choose from.

To play this ABC game she simply had to drive her chosen vehicle along the ABC race track while saying the letter names. This type of activity is especially great for kids who know the alphabet song but are not quite sure of each individual letter yet–you know the kids who still say “elenen-o-p” and blend some letters together. By placing each individual letter on its own sticky note you can spread them out so kids focus on each letter as they drive over it.

The first few times she drove along the ABC track Tinker practice saying the letter names in order.

Then we practiced saying the sounds represented by each letter as she drove along the track.

Finally to add one more variation we mixed up the sticky notes and she practiced saying the letter sounds out of alphabetical order.

We chose to use lowercase letters for this activity. You could also create an ABC race track with uppercase letters depending on your child’s need.

After Tinker played with the ABC race track for a while she decided to get out more toys. Soon there was a Lego Duplo gas station nearby, fans in the stands, and a train to bring fans to and from the race track. It was a terrific example of playful learning!

Use Alphabet Mats to Learn the ABCs

ABC letter mats can be a versatile tool to use in early childhood learning. They can be laminated and used over and over again for letter formation and writing activities. They can also be used to create alphabet books, posters and more. Letter crafts and process art activities related to a letter you are learning can be a fun way for kids to make connections between a letter and something that starts with that beginning sound. In our Alphabet Letter Mats set you’ll find two full sets of alphabet mats to use and tons of ideas for using them. There are over 140 ideas for using the alphabet mats in meaningful ways to reinforce letter recognition and  learning letter sounds.

Get the Alphabet Letter Mats Set

Hands-on Play with ABCs and 123s

For even more hands-on ways to practice the alphabet and beginning math skills with kids check out our co-authored book ABCs and 123s. Inside you'll find over 40 kid-tested learning activities that teach beginning literacy and math in a playful way.

Learn more about ABCs and 123s

Find over a hundred activities in our Top 10 Ways to Learn the ABCs guide. 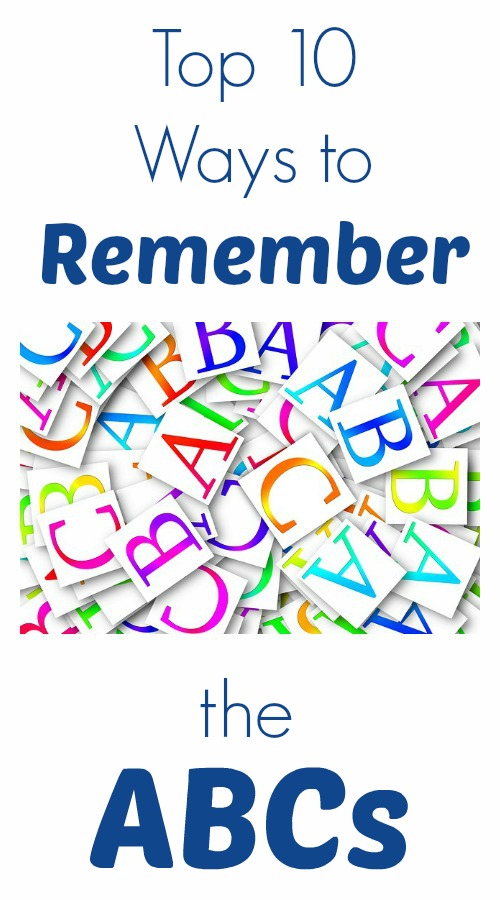